Weekend Reading: The Aw Heck I Don't Have a Theme Edition

Thank you all for your kind comments on my last post. Pumpkin still hasn't settled on a mantra, but she's also stopped asking me to stay in her room while she falls asleep, so perhaps this particular bout of bedtime worrying is passing.

As for me... I'm feeling better, too. I made an effort to go to bed on time for a the last couple of nights, and I also finished a couple of big projects (the slides for the Run Better Meetings seminar and the final revisions and formatting for Unspotted), so I have a nice feeling of accomplishment.

I've been doing some thinking, and I suspect my difficulty right now is coming from the fact that I am uncertain whether my main "anchor" client will renew my contract next year. My other sources of income are growing, but slowly, and if my anchor contract goes away, I will need to either replace it or find a full time job within a few months. I really don't want to have to find a fulltime job, so I'm probably feeling some extra pressure to make the things I'm doing when I'm not working on my anchor contract pay off.

This is rational... but also irrational. A guarantee of 6 months of the current work situation is frankly more than I usually had when I had a fulltime job. Remember, I worked in biotech, and have had the experience of being surprised by layoffs more than once.

So I'm reminding myself of that, which is helping. I'm also going to budget some time in next month to try to brainstorm some ways to increase my revenue. As with any start-up, more revenue means more runway before I run out of money.

Enough about me. This is a links post! Here's what I have this week:

The Atlantic is running a "book club" about Ta-Nehisi Coates' new book. Tressie McMillan Cottom starts it off really, really well. This may be the best thing I've read yet about the book. (Which I still haven't read... like I said last week, I'm slow to get to things.)

Roxane Gay wrote a heartbreaking piece about Sandra Bland and her reaction to what happened to her.

Thomas Sugrue wrote a reminder that the South is not the only place with a problem with racism in this country.

Ann Friedman looks at the MTV show White People and the Twitter spat between Taylor Swift and Nicki Minaj, and has some suggestions for how Taylor could go one better than the solid apology she issued (which is, frankly, already one better than most white people in her situation would have done).

This week saw the story of another Black single mother arrested after a presumably well-meaning person called the police upon seeing her children unattended. Here is a really thoughtful post from Beyond Baby Mamas about what people should do if they see Black children unattended.

And here is a really thoughtful post from Shannon Des Roches Rosa about how to talk to and about people with autism.

Here is a story about a cool app that a man with autism created to help his friends (or bystanders) help him when he is suffering from overload.

On how saying "it is my opinion" doesn't necessarily mean you are not wrong.

I have decided what I think about the bracelets described in this article, but I'm 99% sure Pumpkin would love them. I worry that they could be another very visible way in which kids can be mean to each other, but perhaps I shouldn't worry about that. After all, if one set of kids want to be mean to another set of kids, they will be- with or without the help of technology.

Parisienne Mais Presque doesn't post very often anymore, but her posts are usually really good. Here is one about language.

Maybe I should move to Switzerland. Except I know people who have lived in Switzerland, and I suspect I would find certain aspects of Swiss culture hard to accept with the grace I would require myself to show as a foreigner. So maybe I should try to make the US more like Switzerland. (The ability to set your desired work percentage is a feature I've always intended to offer any employees I hire if when my company is able to hire employees. I had something similar for part of the first year after Pumpkin was born and it was AWESOME.)

This column on wanting to help too much is really quite insightful.

Ann Friedman's disapproval matrix has been making the rounds again for some reason. My favorite part is the inclusion of toddlers in the "frenemies" section.

Speaking of kids... this list of 14 things you'll say to them over and over is pretty amusing.

So is this, which a friend sent to me on Twitter: 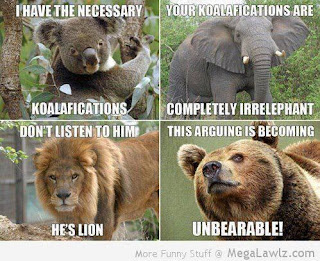 Happy weekend, everyone!
Posted by Cloud at 5:44 PM