A Grand Time in Torrance

After the success of our visit to San Pedro, I decided not to argue with Mr. Snarky when he suggests unlikely sounding destinations for a weekend getaway. And so, over Memorial Day weekend, he and I headed up to Torrance for a couple of days away from the kids.

Torrance had first caught his eye because it is home to the Miyako Hybrid Hotel, the only American location for the Japanese hotel chain. When he looked at the area around the hotel, he saw some Japanese shops and restaurants, and decided we should visit.

It was an easy walk from our hotel to the "downtown" portion of Torrance. This isn't a large area, but it is pleasant. We had a snack at a beer at the Red Car Brewery and Restaurant before strolling out in search of dinner. We were attracted to a small shopping center by the sound of live music, and ended up having a very non-Japanese dinner at a place called The Buffalo Fire Department. The burgers were good, and the country music band that was playing was pretty good, too. (I think they were South Bay Country, if you live in the area and are curious.)


We started the next day with a stop at 85oC, a Taiwanese bakery chain that is spreading through Southern California. It features a mix of pastries that will seem "normal" to Americans and some more unusual things, like squid ink rolls. The pastries we tried were all wonderful, and the cakes (which we did not try) looked divine. I'll admit that Mr. Snarky was more adventurous than I was- but maybe next time I visit one of their branches I'll get up the nerve to try those squid ink rolls. It would also help if we went sometime other than breakfast, since a garlicky roll does not sound like a good breakfast food to me.
After breakfast, returned to downtown to stroll briefly through an open air antique market, and then headed to the Mitsuwa Marketplace that was right next door to our hotel. I spent way too much time and maybe a little too much money at the Lupicia tea shop, but in my defense, their tea is wonderful.

We wandered through the supermarket portion and bought some candies for the kids to try, some green tea Oreos (because how could we not? They aren't bad, it turns out), and a few other things to try. Then we went over to the main attraction, which was the Japanese food court. Mr. Snarky got some fishy bento box. I tried Japanese curry and all I can say about that is yummmmmm. Why did I not know about this during our short visit to Tokyo? It would have made eating so much less stressful!

After lunch, we drove over to Redondo Beach and strolled the pier and surrounding area. There is a fenced off water park right by the beach that looks like it would be an awesome place to visit with small kids.
You can also take a gondola ride. Maybe next time. 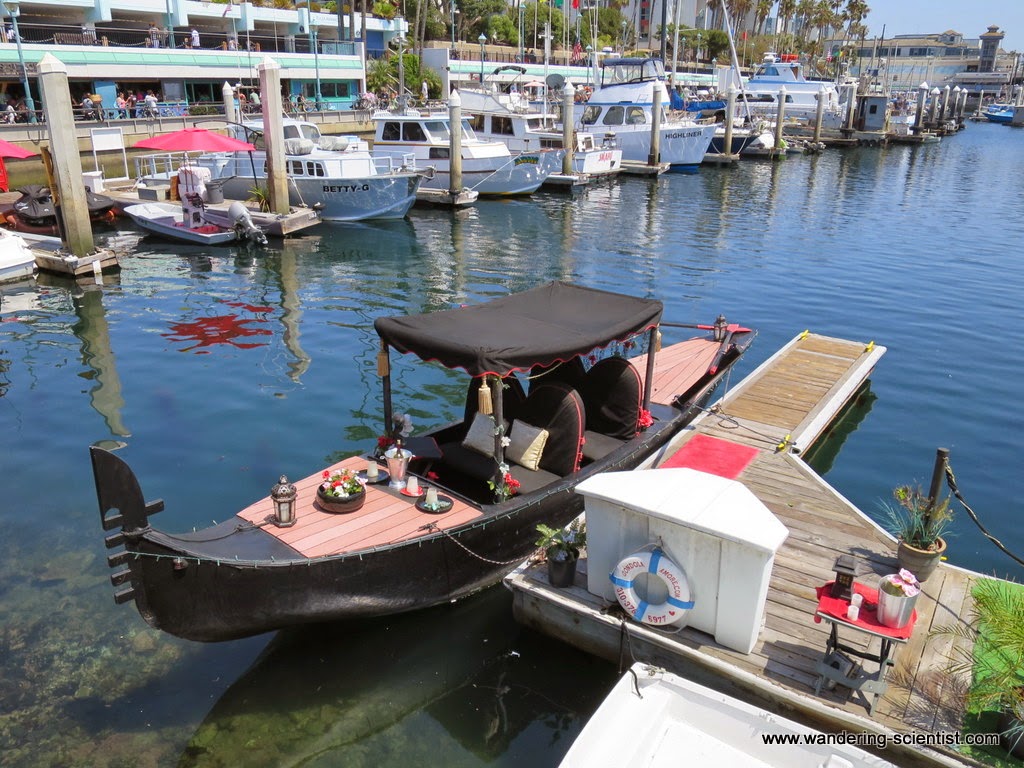 He unfortunately slept so long that we missed the chance for more Japanese food, and instead had a so-so Mexican dinner at the only open place we could find.

We got a late start the next morning, and by the time we got to the breakfast place I'd found online the line looked prohibitive. So we drove back to the King's Hawaiian Bakery we'd seen on our way... and just missed their breakfast, too. We consoled ourselves with some surprisingly delicious pastries, and then just headed south to Irvine Spectrum for lunch and some shopping for a birthday gift we needed to buy.

We arrived home to an awesome Hitchhiker's Guide themed birthday party in honor of my 42nd birthday and the best, most excited greeting from my children I've ever received. 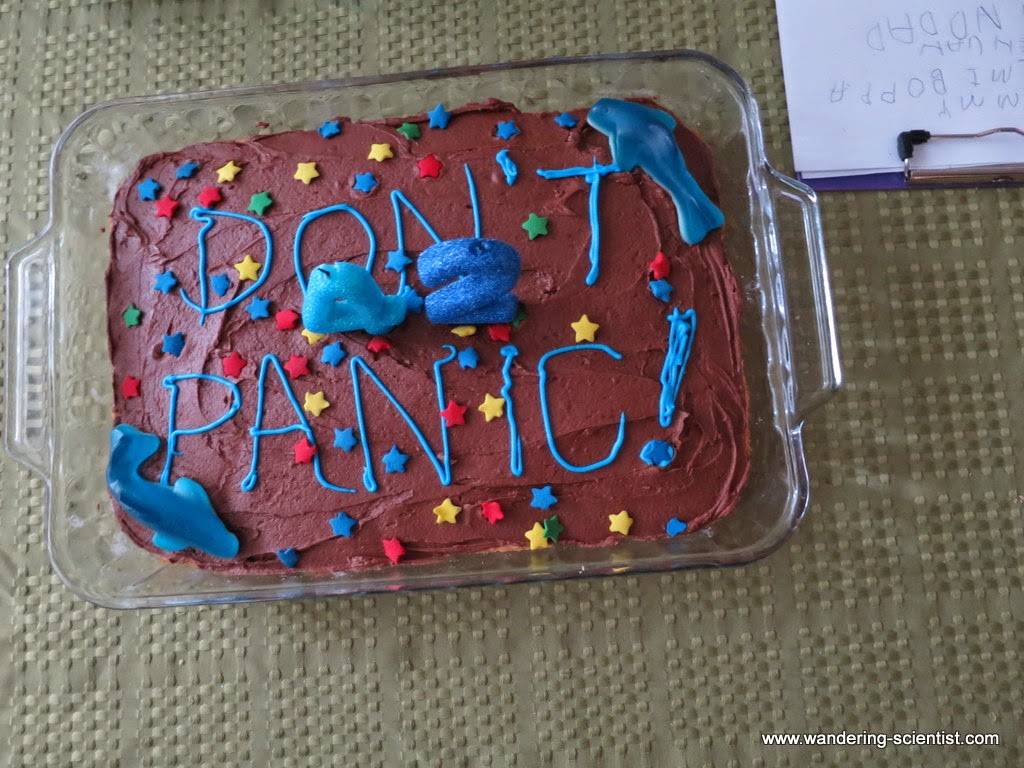 So, even though the last bit of our stay in Torrance didn't go quite as we'd planned, on the whole the trip was a complete success. I wonder what unlikely spot Mr. Snarky will find for us to visit next?
Posted by Cloud at 9:25 PM