Today is my second day back working after the holiday break. I'm doing OK, but I wouldn't say I'm setting any productivity records. That will come later, once I've convinced my body that no, we don't need an afternoon nap everyday. One of the items on my list today was to start on my 2017 work goals list. I did that, and then went out for my first run of the year. It had been several weeks since my last run of 2016, due partly to the break and partly to two colds I got in December. I've still got lingering congestion from the second cold. So the first run was underwhelming. Still, it felt good to stretch my legs a bit, and I'm genuinely looking forward to the first roller blade of 2017, which should happen on Friday, weather permitting.

I also think I'll try to schedule a walk on the beach soon, maybe even next Wednesday. I find beach walks to be a good way to do some deep thinking about goals, and I have a new book release to celebrate.

Speaking of that new book release....

Caresaway, by DJ Cockburn came out today. I am trying something new with this release. I've made the ebook Amazon-exclusive for three months, and will experiment to see whether I can make the Kindle Unlimited program worthwhile for me. I prefer to go with a broad release, but the KU program gives me access to some additional advertising tools, and I want to see if they are worth giving up the other markets for a few months.

So anyway, you should all buy a copy of Caresaway! It is a thought-provoking "in your head" thriller set in the near future. Edward Crofte has discovered what seems to be a miraculous cure for depression, but he learns that it comes at a steep cost. 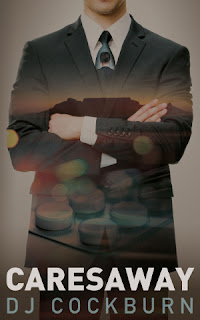 Here are the usual links:


And for your social sharing convenience (please help spread the word!)
Here's a funny-sad true story about the book. At one point, one of the characters says "So we've made a must-have accessory for the next Bernie Madoff." It originally said "the next Donald Trump," but we decided to change it because we didn't want to tie the book into the current politics, fearing it might make the book feel dated later. This was back when Trump was still just a somewhat unlikely candidate for the Republican nomination. Sigh.

Anyway, check out the book, I think you'll like it! If you're in the Kindle Unlimited program, you can read it for free for the next three months. If you use an ereader other than a Kindle, you should be able to buy it from Amazon, download it, convert it to an ePub (e.g., using Calibre) and then load it onto your ereader. I have never done this (I have done the reverse: bought from Kobo, converted to mobi, and loaded onto my Kindle), but it should in theory be possible. Or, I guess you can wait until April, when I'll expand the release to the other ebook retailers. But why wait? Try it, and if you run into trouble email me and I'll set you up with an epub.
Posted by Cloud at 3:39 PM