Time for the next installment of my trip stories about our recent Colorado vacation!

After our brief detour to the southern part of Colorado, we headed back toward the mountains, by way of Colorado Springs. The drive from Alamosa to Colorado Springs was just long enough that we needed a stop to break it up, so we stopped in Pueblo for lunch. I am of the age where I associate Pueblo, CO, with public service advertisements that played during my Saturday morning cartoon viewing, telling me to write to some government office in Pueblo to request some pamphlets- I think maybe about small business ownership? I can't remember that detail. But I can still hear the voice announcing the address in my head. It was a folksy male voice. Of course, the only part of the address I remember is "Pueblo, CO."

So, I was sort of excited to see this town. It turns out to be a mid-sized town, probably struggling in the way that many mid-sized towns are these days. But it has a nice riverwalk, and we had lunch along that. Then we strolled the riverwalk for a bit, although Mr. Snarky complained that it was too hot for much of that stroll. He does not like temperatures that get above about 80 degrees F. It is a good thing I moved to San Diego when he said he'd come to America to live with me. He claims he liked New Jersey (where I was living at the time), but he was never there for the summer.

Anyway, we got to Colorado Springs early, got checked in to our hotel, had a nice dinner at the Phantom Canyon Brewing Company downtown , and still had time to go check out The Garden of the Gods, which was #1 on my list of things to see in Colorado Springs.

The Garden of the Gods was indeed spectacular, and if you get the chance, you should go see it. 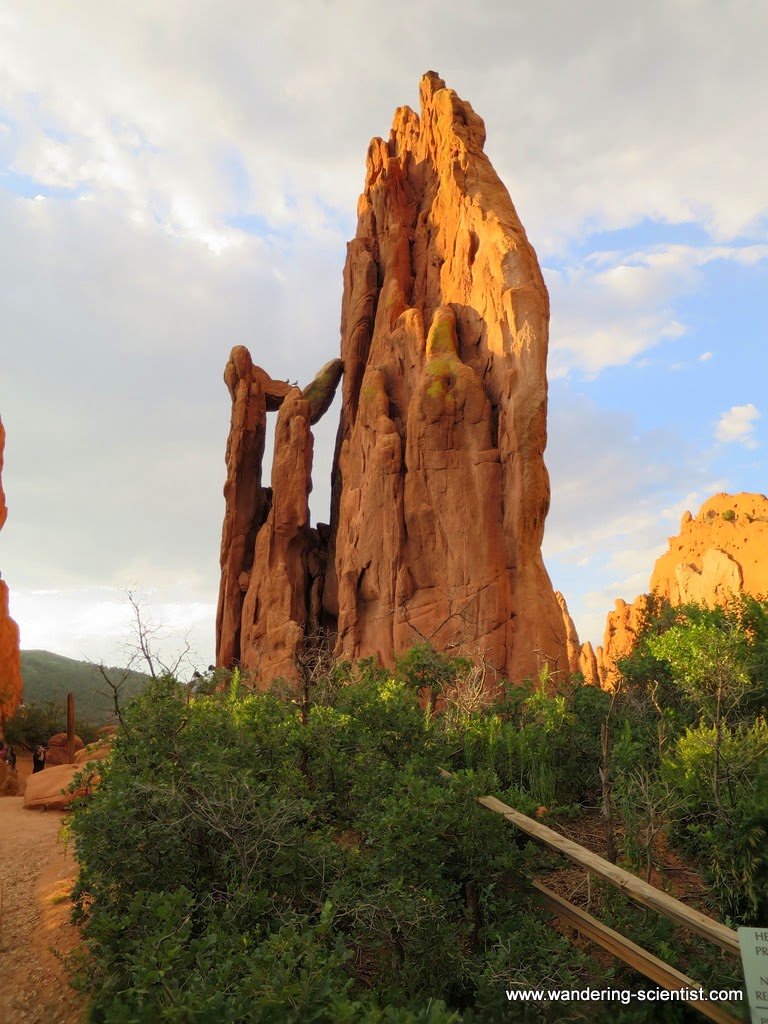 Near a popular spot with a large, balanced rock you can pretend to support (and oh, yes, we did pretend that, and took pictures, too), there were some rocks that were perfect for little kids to clamber over. So we did that.


The next morning, we headed to the Manitou Cliff Dwellings, to pass the time before our scheduled train ride to the top of Pike's Peak (#1 on Mr. Snarky's list of things to do in Colorado Springs). 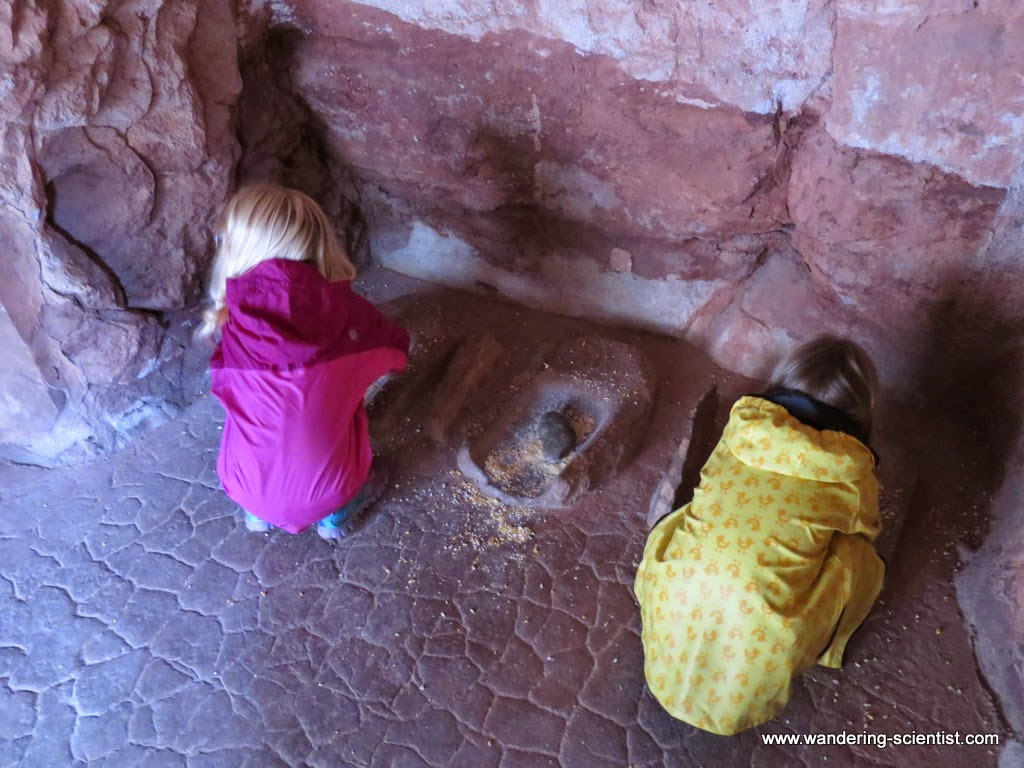 You'll note from that picture that the kids are wearing rain jackets. This was the first day of our trip on which it rained. I was bummed, because I was worried that the rain would ruin our train ride up Pike's Peak.

It turns out, we went above the clouds.

If you look closely in that last picture, you'll see a marmot on the track, which is why we're stopped. Here's a closer view of one:

The extra rail down the middle is for the cog- this is a cog railway, since the ascent is too steep for a regular train.

The clouds below us did impede our view, so we didn't get the grand panoramic view for which Pikes Peak is known. (It is not the only "fourteener," or mountain of 14,000 feet or more, in Colorado, but it is the only one that is not surrounded by other tall mountains, so it provides a particularly panoramic viewpoint.) Still, the view was nice.

The kids were cold, though, and not as impressed with the view as their father. Meanwhile, I was experiencing some negative effects from the altitude- I was starting to get tunnel vision. So I was happy that we only had about 15 minutes at the peak before we boarded our train for the ride back down. We could have driven to the top, but I was worried the windy road would make me and the kids carsick, so I bought us train tickets. I'm glad I did, because the train whistle was the only thing that made Mr. Snarky stop taking pictures and leave. If we were in charge of our own schedule, I might have had a hard time convincing him that, no, really, there were weird shimmery things where my peripheral vision should be and we needed to leave.

On the way down the mountain we saw some big horn sheep, which was pretty cool.

I had hoped to explore Old Colorado City after the train ride, and maybe get dinner there. The kids co-operated with that plan long enough to get some ice cream, but then got too whiny to tolerate, so we headed back to the hotel instead. We had dinner at a chain restaurant near our hotel and called the visit done. The kids were bitterly disappointed that we hadn't gone swimming in the hotel pool, so everyone was a little grumpy as we got ready for bed.

We had a suite, though, so Mr. Snarky and I got a chance to unwind with a beer or two before we called it a night. As I leafed through the hotel room travel brochure and sipped my beer, I noticed that there was one local attraction we had missed:

It is probably for the best. I doubt Mr. Snarky could have behaved himself.
Posted by Cloud at 10:36 PM