When we settled on Colorado as our vacation destination this year, Mr. Snarky was adamant that Aspen had to be included in the itinerary. I'd been to Aspen before (I attended a conference in Snowmass one year), so I wasn't sure why he was so sure he had to go there, but it fit easily enough into our plans, so I didn't argue.

We stopped in at Snowmass on our way into Aspen, because I'd read there was an "Ice Age Discovery Center" there since mammoth fossils had been discovered when Snowmass was being built. That was a bit of a disappointment for me and Mr. Snarky- it was just a store front with a few small exhibits for kids and a TV playing a PBS special about the discovery- but the kids liked it, and Pumpkin even got a shirt to commemorate her visit.

Once we got to Aspen and got checked into our hotel, we headed downtown to explore. Mr. Snarky took the fact that there were rugby posts on the field at the park near downtown. 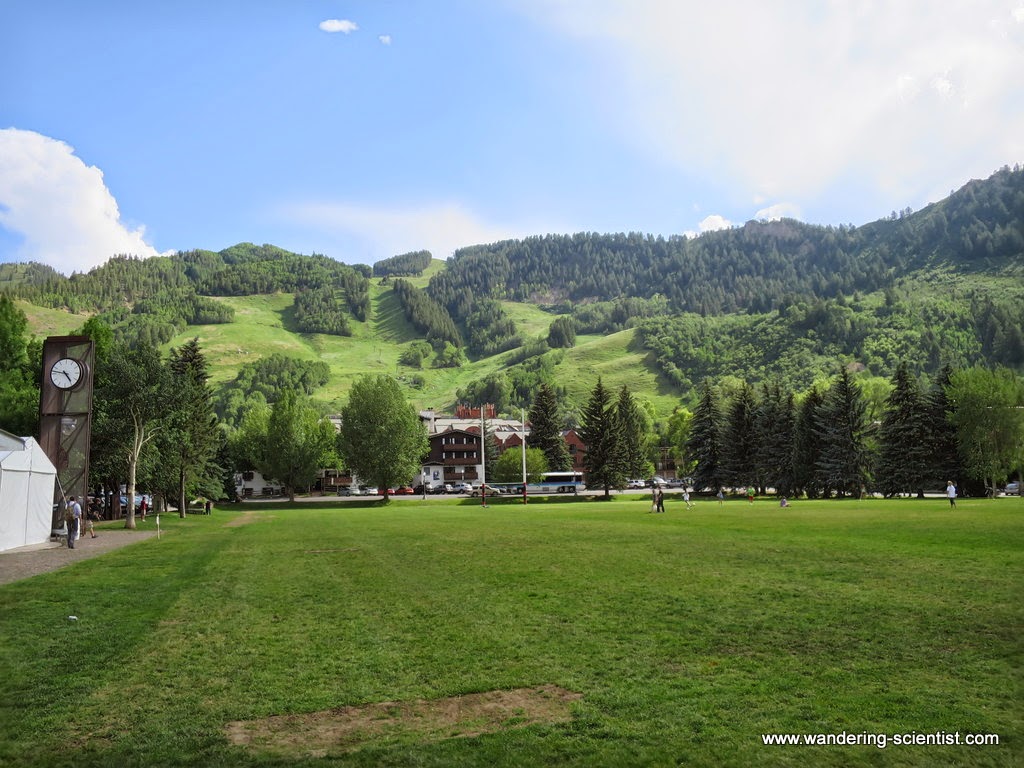 There was also a small playground, with "rocks" to climb, a rope bridge, and a hammock swing. Petunia really wanted to play on the rocks and the rope bridge, but kept getting stuck and crying. The park was crowded (it was July 3rd, and lots of people apparently come to Aspen for the 4th of July celebrations), and when she got stuck, a line built up, which freaked her out more... so there were some tears. Luckily, there was a man making balloon creations for kids. We overheard him telling the local kids before us that he was going to be gone the following week because he had a conference to go to, and then it sounded like he said he was going to go argue a case in front of the US Supreme Court. I really wanted to ask him about that, but was reticent to do so. It seemed he wanted to be "just" the balloon guy right then. So we got our balloons and went on to dinner.

The next day was July 4th, and we'd heard there was an "old-fashioned All-American 4th of July parade." Mr. Snarky was excited to see one, so we staked out a spot on the route. It was a fun parade, although it was "All-American" only for some values of American. A lot of the groups threw candy for the kids, which Pumpkin and Petunia happily collected. We finally finished the last of that candy just last week.

There was an interesting mix of earnest and ironic in the parade. The biggest cheers were for the kids' bike brigade (any kid with a bike or scooter could decorate it at a nearby park, and then join the parade) and the veterans. But there were also a lot of floats like this one, which was a ski bus decorated to be the home of the mermen: 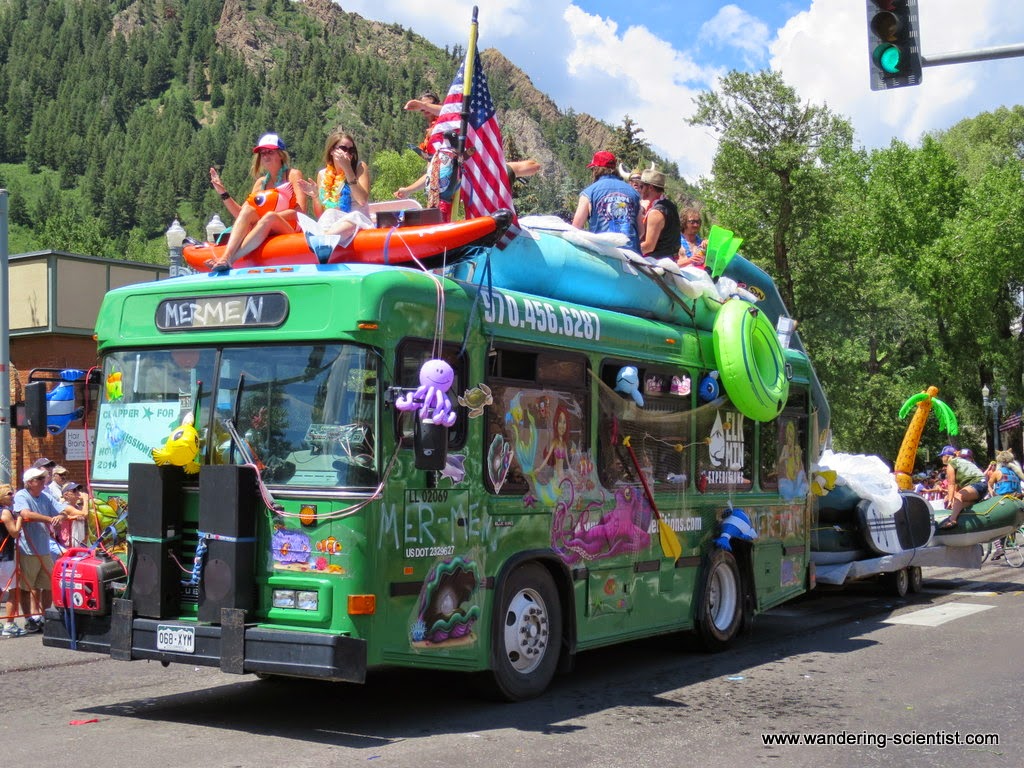 Here was the trailer at the back. They'd turned a raft into a water slide and the "mermen" took turns sliding down it into another raft filled with water. They looked like they were having a great time: 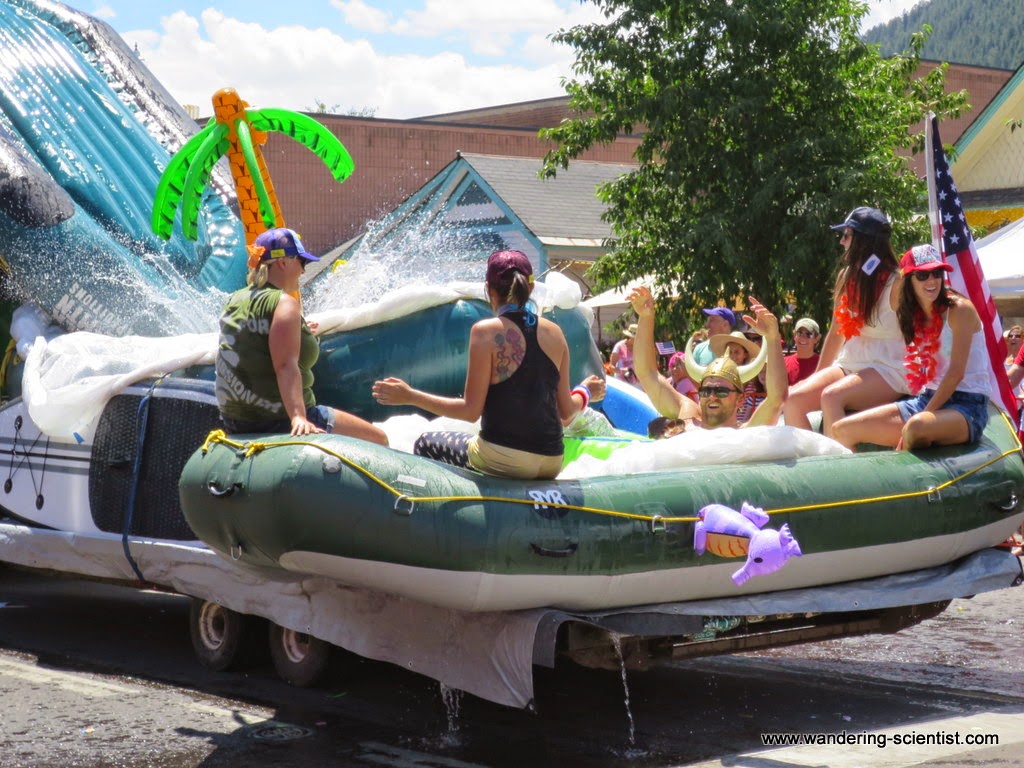 After the parade we found somewhere to have lunch, and then headed back to the hotel. While the kids and I had some rest time, Mr. Snarky headed out for a short hike. Once he got back, we all had a swim in the hotel's small pool, and then walked back downtown for dinner and the fireworks.

The next day we headed out of town, on our way south to Alamosa. Before we left the area, though, we took some advice from the relatives we stayed with in Denver and stopped for a hike at The Grottos. The kids absolutely loved this hike. It was a nice mix of easy walking, pretty forest, and fun rocks to climb. 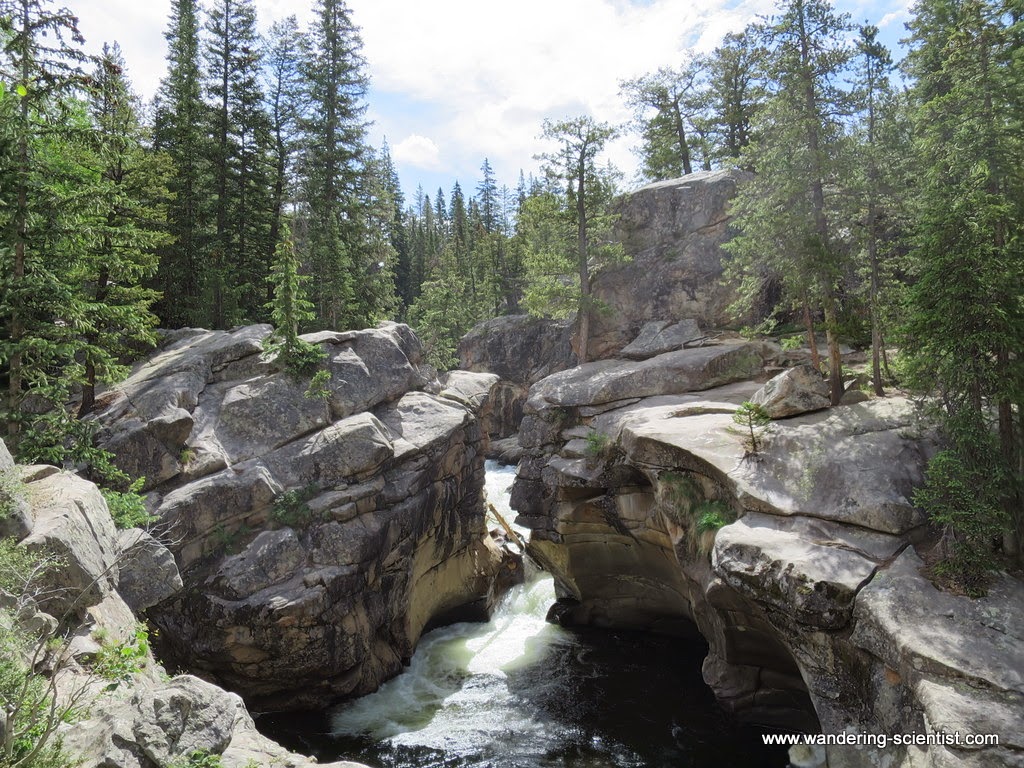 Here is one of the ice caves for which the trail is named: 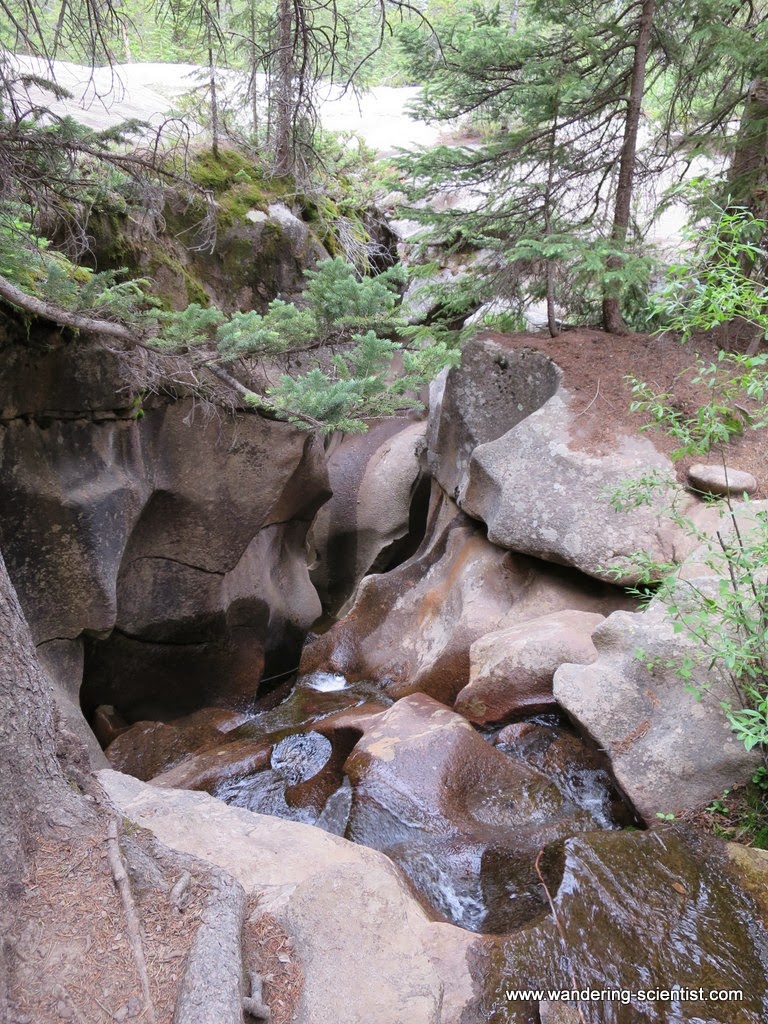 After leaving the Grottos, we drove over Independence Pass, which finally provided the sort of tall mountain scenery Mr. Snarky had apparently been expecting. He took about 500 pictures. Here is one: 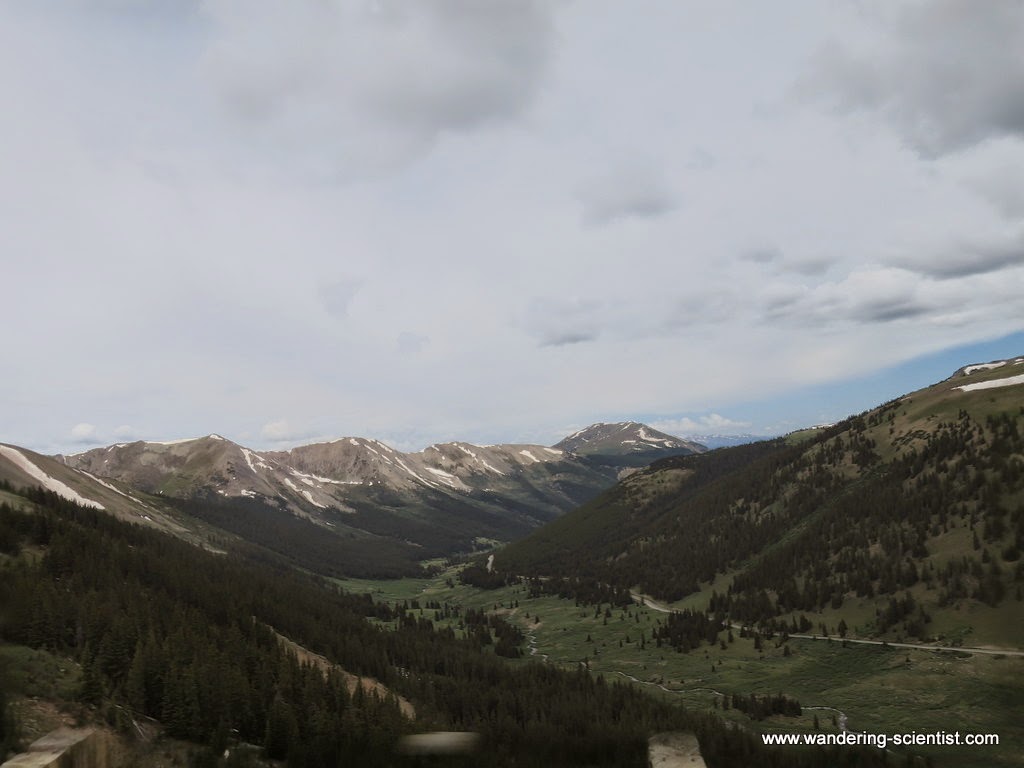 We stopped in Buena Vista for a late but excellent lunch at the Eddyline Brewpub. I had an interesting pizza with lavender on it, which tastes just about how you might expect. It wasn't my favorite meal, but it was one of the more interesting things I tried in Colorado, and the beer was good, so I couldn't complain.

From Buena Vista, we drove straight to Alamosa, and I'll pick up the story there some other time.
Posted by Cloud at 5:34 PM